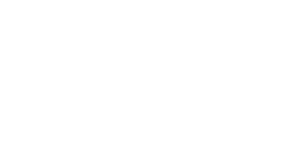 Not to far from Rawah Guest Ranch lies Joe Wright Reservoir, home to the largest population of Arctic Grayling Fish in the state of Colorado. These Graylings had originally been stocked in Zimmerman Lake until they started making their great escape and swimming downstream into Joe Right Reservoir. Colorado Parks and Wildlife (CPW) had created a spawning channel in hopes to create a naturally reproducing population of a specific kind of Rainbow Trout in the reservoir, but when the Graylings made it downstream, they quickly found the channel.  Soon after, the Grayling population grew so rapidly they took over the lake including the Rainbow Trout population. CPW has since then stocked the lake with Tiger Muskie as well as a small number of female Lake Trout to help control the population of these Graylings. The average Grayling produces around 1,300 eggs which allows for CPW to take the eggs from Joe Wright Reservoir to the Glenwood Hatchery to use for stocking all across the great state of Colorado. During spawning efforts in 2015 and 2017 Grayling over 16 inches were captured, showing potential for larger fish in this reservoir! Joe Wright Reservoir is a fisherman’s dream!